“This is the way” is a phrase used by Star Wars’ Mandalorian character from the series of the same name. It’s also a saying that the sect of the Mandalorian’s character is a part of say to each other to remind them of why they do what they do the way they do it. 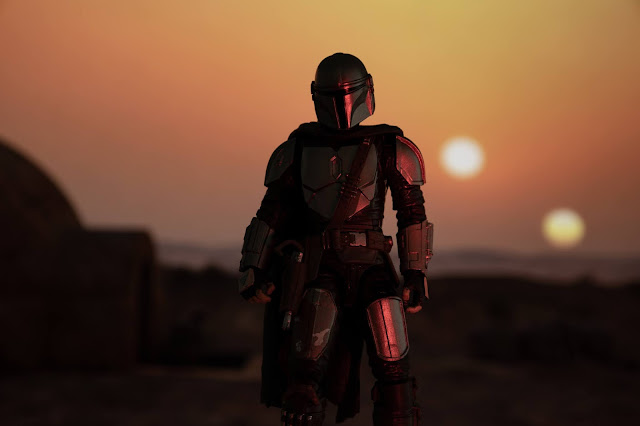 This is not an original saying.
The early Christians were called followers of “The Way”.
Acts 9:2 https://www.biblegateway.com/passage/?search=Acts%209%3A2&version=NIV
What is this way?
It is the way of Jesus.
What does this look like?
Start by reading:
Luke 4:18-19
Mark 1:14-15
Matthew 5-7 Sermon on the Mount
This is the way. It’s the way I choose to live. It’s the way I’m leading others to live.
How about you?
at January 07, 2021 No comments:

Email ThisBlogThis!Share to TwitterShare to FacebookShare to Pinterest
Labels: Acts 9:2, Jesus Christ, the life, the truth, The Way, This is the way

How would Jesus surrender to others? He tells us in Matthew 5:39-42...
“But I tell you, do not resist an evil person. If anyone slaps you on the right cheek, turn to them the other cheek also.” (39)
This speaks to fighting back when assaulted. It seems to me you could retreat. Or you could just allow the assault but you are not to fight back. You will have to fight the temptation to pay back violence with violence, but Jesus says here no. When it comes to defending yourself, Jesus rests in his Father’s protection. If the Father wishes to protect him, he will. And the Father did protect him all the way until he didn’t just before and on the cross. And Jesus never resisted the evil people in his path.
“And if anyone wants to sue you and take your shirt, hand over your coat as well.” (40)
When we are sued, we want to defend ourselves there as well. We go to court and fight it out there. Instead, Jesus wants us to not only give them what they want, but even more. It seems to me he wants to pour out grace and mercy on to this person selfishly suing. It seems that the Lord sometimes wants to bless the one suing at our expense. Since God knows all things including what he’s doing in someone’s life who would sue God’s children, we would be right and wise to gladly submit to the Lord in this as well.
“If anyone forces you to go one mile, go with them two miles.” (41)
In those days, it was not unusual for a Roman soldier to ask you to carry some of his gear (say, his heavy armor) for him for a mile. It was a legal request, by Roman law. Now it’s hard to do that when you’re walking carrying your own stuff. But when it’s your enemy asking you, this seems like too much. But Jesus says not only is it not too much—he wants you to do even more for them. Again, surrendering to God and showering others, undeserving though they are—with grace and mercy. This is the way.
“Give to the one who asks you, and do not turn away from the one who wants to borrow from you.” (42)
Whether someone is asking for money or to borrow money, Jesus wants us to live so open-handed that we freely give as we’ve freely received. This is gracious and merciful. This is also good for us. It teaches us to live open-handedly with all that the Lord has freely given us. It chases away a heart of greed and replaces it with a heart of gratitude.
May God change our hearts so that we think, believe and live more like Jesus. May God find us surrendering to others like Jesus would.
What is God saying to you right now?
What are you going to do about it?
at January 06, 2021 No comments:

Remember Who You Are. Act Accordingly.

Remember who you are and act accordingly.

In Matthew 4:3, Satan meets Jesus in the wilderness to tempt him to sin; to derail him from God’s plan.
Driven there by the Holy Spirit, Jesus resists the temptation to eat bread, to doubt his identity, to be derailed by Satan’s agenda and a host of other things. As a result, he comes out stronger than ever.
Jesus knew who he was. He rested in that even in the midst of suffering. He let his suffering and deprivation strengthen him, instead of giving in and letting his flesh weaken him. He knew who he was. He acted accordingly.
By God’s grace, let’s do the same.
at January 04, 2021 No comments:

Email ThisBlogThis!Share to TwitterShare to FacebookShare to Pinterest
Labels: Identity

I’ve often hear coach Dabo Swinney say when things don’t turnout well, “The best is yet to come.” After last night’s drubbing of Clemson by Ohio State, he may need to pull that line back out again.

And he probably will.

2020 has been a crash and burn year. Brutal. Tragic. Devastating.

Once again, I am encouraged by these words: “The best is yet to come.”

Then recording artist Ben Rector posts this song today for all to hear. It’s perfect for this thought. This truth. Give it a listen and ask yourself, “Do I believe that the best is yet to come? Is there really this kind of hope?” 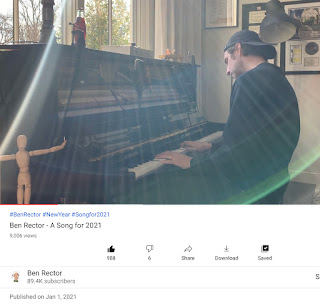 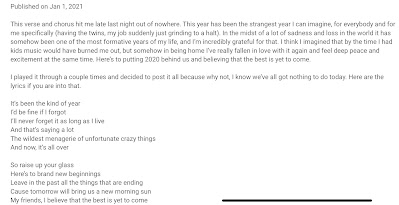 As I think about the rollercoaster year 2020 was, my emotions run the gamut. God has blessed us way more than we deserve.

So many have suffered. You may ask, “Why?” Well, there’s a simple reason for that. Because sin has consequences. Evil was released. And we all give in to the temptation to selfishly live for ourselves. I know I often do. And while this is what we get when we live life on our terms instead of God’s, it’s not without hope.

God made a way for us to get back to him; to be reconciled to him in the here and now AND the hereafter. It’s why we can say and sing that “The best is yet to come.”

When we live in light of eternity—eternity with God—it does more than change our perspective. It releases us to live surrendered lives—for others instead of for ourselves.

We often pass on this opportunity. But it is there none-the-less.

Imperfect though we are, we followers of Jesus Christ, let us walk in the hope that the best truly is yet to come and rejoice in that no matter what. Because the path to that best goes through dark valleys...dark valleys indeed.

So let’s keep the Son in our eyes as we walk through it. Welcome 2021. For good or for ill, we rejoice that the best is yet to come through Jesus Christ our Lord. 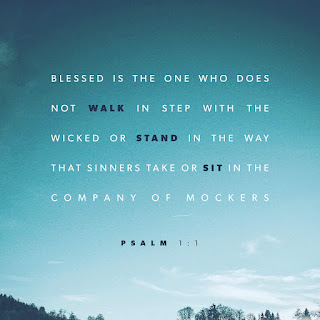 The contrast in Psalm 1 is vivid: The wicked vs. the righteous (which includes the Lord). To find God’s blessing, we must rest in his presence and influence soaking in his words, ways, and works so that we may become more like him. Then we’re able to influence others where we live, work, learn, and play. This is a daily rhythm/habit of time with the Lord prayerfully listening to him through his word. Psalm 1:1-2

I love these two definitions of “vision.”

“Vision is a ‘holy discontent’ – a deep dissatisfaction with what is, combined with a clear grasp of what could be. It is a picture – ‘a mental sight’ – of the future that inspires hope.

Vision without action is merely a dream. Action without vision is a nightmare! But vision combined with action can change the world.” -Nicky Gumbel
“Vision is a picture of what could and should be.” -Andy Stanley
What’s your vision?
My vision is motivated by loving God and people to lead others to become the best neighbors ever where they live, work, and play.
This vision guides me in life now. It’s the mission of Jesus contextualized in my life. And I am determined to lead others in it.
What’s your vision? Take a few minutes to begin thinking about that. If you trust God to guide this, ask him to help you.
at December 01, 2020 No comments:

Do the Math. Is your faith adding up?

This article is interesting on the future of the American church.

What’s even more interesting to me though is that it was written in February 2020–essentially pre-Covid since nothing had closed down yet.

The reason I say that is because Covid has accelerated everything is hasn’t stalled.

So encourage you to read this short article. 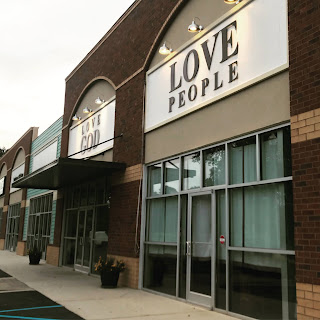 My question to you is not what is your church doing but what are you doing with respect to your faith and church? Have you let this pandemic derail your best source of encouragement in your faith?

“Church” biblically defined isn’t a building or event. It is literally the people of God gathered in Jesus’ name.

It means that healthy Christians are regularly gathering with other Christians. This is part of what sustains us as the Church when we’re scattered to where we live, work, learn, and play. (Depending on how locked-down you are)

I pray that God will remind you of the hope you and I have in Christ.

The Word of God +

The Spirit of God +

The People of God =

Do the math of your faith. How do you score?

“This is the way” is a phrase used by Star Wars’ Mandalorian character from the series of the same name. It’s also a saying that the sect ...